So, be reassured
By the love of all your friends
Who are there for you

Capitalize it!
Make that you into a “You.”
Trust in our Savior

God hears you in prayer
So, embrace reassurance
Know that God is there

Tell me what reassures you when you need it.
See ya tomorrow.

Gifted
With Love
From my Lord
I did move forward
Strength

One step at a time
Life is easier with faith
Just follow the Light!

This last one’s a Haiku, but the preceding series of three poems (written in the German-inspired style of Elfchen or Elevenie) shares a total of eleven words in each poem, with a sequence by line of one, two, three, four, and one words.

I hope you had a good week.
Enjoy your weekend.
Thanks for visiting JanBeek.
See ya tomorrow.


Some out there speak rap –
While others speak jibberish –
Some only mumble.

Some learn multiple
Languages quite easily.
I’m stuck with English.

But then I found out
There’s language universal;
It doesn’t need words.

What’s the primary
Language from your heart?
Kindness: a great start!

Look back on your day –
Did you give random kindness
Expecting nothing?

No need to struggle;
Kindness can be natural.
Make it a habit!

Ask God every day
To help you be more loving
To unlovables!

Expecting nothing
In return for your kindness,
Know God is watching!

His are the only eyes that matter!

Kindness is its own reward.

Lord, help me make Kindness my primary language!
Have a beautiful night.

Thank you for the kindness of your time.
See ya tomorrow.

My life is blessed and I am grateful,
But how can I rejoice as others cry?
How do I count my blessings
While watching innocent people die?

My heart aches for the dear ones
Who have needlessly lost loved lives.
This week was a sad time in our country –
Gone are daughters, sons, husbands, wives.

The national problem of violence,
Assault weapons in the hands of the sick,
Makes me want to write or call our leaders
And demand solutions to the issues – quick!

No way should one man in the Senate
Have the right to singularly block
A measure the House of Representatives passed
And sent to be voted on… at least to have a talk!

Gun violence is exacerbated
By the proliferation of guns of war
In the hands of unstable citizens.
It’s got to stop. Tolerate it no more!!!

Universal background checks
Have got to be a must!
Sales of weapons must be given
Only to the folks we can trust!

I’m not against a hunting rifle
And I think handguns have their place,
But magnums with rapid-fire magazines
Are not for ordinary citizens. It’s a disgrace!

My life in rural Montana
Is a sheltered one, I know.
My blessings outnumber my problems
And I live in a loving glow.

But I’m affected by the violence,
By the deaths and hate and crime.
I don’t live in a bubble.
The fears of this nation are also mine.

Opportunities
Are forever around us
Just focus on them

Problems ever near
Do not need our attention
When beyond control

But problems can be
Opportunities if they
Present solutions

Photo by Gratisography on Pexels.com

Can you solve problems?
Where is your focus today?
I’m for solutions!

How about you?
Are you looking for opportunities? 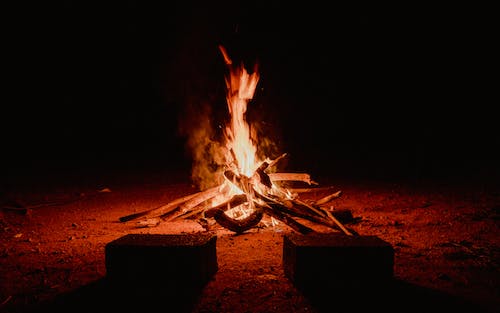 ARE  YOU  WITH  ME?
What might we talk about?

Do You Trust the Future?

If someone asked you this question,
“Do you trust the future?”
what would you say?

Have you thought of YOUR answer?

Photo by gdtography on Pexels.com

How would I answer that question?

I would say something I have heard others say…
It’s not original… I don’t know who first said it,
but I would answer,
“I don’t know what the future holds, but I know WHO holds the future.”

Since I trust our Creator,
I have to trust the future.
Our future is in the hand of God…
and God don’t make no mistakes!

Here is his answer:

“… I do not mistrust the future. I do not fear what is ahead. For our problems are large, but our heart is larger. Our challenges are great, but our will is greater. And if our flaws are endless, God’s love is truly boundless.”

Tell me what you would answer if someone asked you,
“Do you trust the future?”

The Demise of Problem-Solving

Tidiness of The Half-Hour Sitcom

Photo by Inzmam Khan on Pexels.com

In real life, we came to expect those instant solutions. We stopped understanding the need to live through the hurts, the frustrations, the anger for more than a half an hour. More than a day. More than a month. Divorce rates sky-rocketed and continue to do so … except that today’s generation, having watched their parents’ marriages dissolve, is afraid of commitment. They just live together. To heck with marriage!

The Farce and the Force

The tidiness of the half-hour sitcoms was a farce. It did us no favor. Problems come. That’s a given. But they don’t go away in the blink of a TV show. They don’t go away with a magic wand. Or a twitch of “Bewitched” nose. They can not be solved without time, effort, patience, guidance, wisdom, and often forgiveness. They are better resolved with prayer. We need a Higher Force! Let the Holy Spirit in. Ask for help.

Rewards of Joy and Peace

Problem solving is not quick and tidy. It is a messy, time-consuming business! Don’t let the half-hour sitcom mentality deprive you of the joy and peace that comes from tenacity, persistence, forgiveness and the rewards of hangin’ in there!

A friend sent me an e-mail with a collection of church marquees and billboard signs. This one caught my attention because my husband, Bob, and I had just spent a few days with dear, long-time friends who laughed with us as they shared a story of about an occasion when some mutual friends were “Stuck on Stupid.”  Their story soon was overshadowed by the event that occurred around the next bend.

Yup, that’s us! We were headed up a narrow, one-way mountain road. It was posted with a sign at the bottom that said, “Road Crew at Work.” My friend and I, sitting in the back seat, tried to convince our driver (my dear husband of 50+ years) NOT to go up that road. But did he and my friend’s husband listen to us? No, they took a vote.

Bob and Jerry said, “Heck, the road crew has had time to fix the problem by now. This is a scenic route. Let’s go for it!” That was about 2:45 on a smokey Montana afternoon. Forest fires in Idaho were sending billows of smoke into our usually pristine, scenic valley. I was as anxious as they were to climb the Gravelley Range and get above the polluted level. But, not that way!

Sure enough, about two miles up the road, we encountered a Forest Service gravel truck coming down the road toward us. In that situation, someone has to give the right of way. Yup, it’s the one going uphill. So, we began to back down, looking for that wide spot where we might turn around – or tuck in to allow the truck to pass. The river was down a ravine to our right. The mountainside was to our left. Hug the left, of course. Don’t chance that drop into the river! A bend in the road – – – hug the hillside. Ooops! A slimy, slippery, black mud ditch on the left grabbed our truck tires and pulled it in. Clunk!

The Forest service driver was assured that we needed his help – and we’d certainly not hold him liable if his efforts failed to get us out. He complied (dear man) and hooked up a chain, trying to pull us out. We ended up farther in the mud with the back of the truck jack-knifing into the hillside and the back fender and tail light crushed against a rock.

Jerry and Carolyn’s story came back to me loud and clear. “Stuck on Stupid!” Yes, this was the perfect example. Our friends headed on foot down the mountainside to see if they could find help at the main road junction – about two and a half miles of rocks and dirt on a pretty steep decline. We were outside of cell phone coverage. A storm was brewing. The driver of the gravel truck was able to reach his Forest Service headquarters on his radio system. They called the Forest Service in Ennis (our home town – more than an hour away). A call to the local auto repair and tow service sent them on their way to the rescue. It was after 5:00 PM by the time the tow truck arrived.

Pulling us back in the direction from which we were already pulled was just going to bury us deeper. I couldn’t stand to watch! I prayed for divine guidance – for Bob and Paul, the driver of the tow truck. I prayed for safety for our friends who had walked down the mountain. I prayed for a miracle. I began to walk down the mountain, too, but the thunder and lightening sent me back to Bob and the stuck truck. As I rounded the corner, the scene startled me! The right rear tire was air-bound!

That had to represent progress, right? More see-sawing back and forth for what seemed like hours. Bob encouraged Paul to connect the chain from the back of the truck rather than the one closer to the cab. Also, back the tow truck up closer and connect to the pick-up in a place that would allow the greatest angle. I held my breath for an eternity! Clunk! It bounced out almost as sharply as it had slid in! Nearly 6:00 PM by now. Lightening and thunder drawing nearer. We thanked Paul profusely as he dug muck out from the wheel wells and tire crevices to prevent brake damage. Then we followed the tow truck – down to find our guests. Just as the large Montana raindrops began to pound the windshield, we rescued them from the roadside. Our guys weren’t taking a vote on which direction to go from there. No artificial intelligence needed. We headed to the nearest restaurant with a bar. Three cheers for answered prayer, for Paul, for the Forest Service, and for being Unstuck on Stupid!

If you’re on a one-way mountain road and the sign says “Road Crew at Work,” I don’t think you need a vote to decide to take another route. You’re not Stuck on Stupid!