Today Bob & I took our Boston Terrier, TazE,
for a ride in the Tobacco Root Mountains
from McAllister to Norris, MT and back again.
That’s “Lucille” behind us.
She’s red-headed and she’s a “Ball.”

(Are you old enough to remember Lucille Ball?)

We went with our good friends, CG & Caroline.

It was a cloudy day, but we enjoyed the clouds:

Let me take you on this journey with us…
see some of the sights that I particularly enjoyed, okay?
Come along…

Caught a little rain.
Time to head back.
But, ah, the fresh smell!
Can you get a whiff??

Thanks for visiting
and traveling
with us.

We’re headed for a ride up the Tobacco Root Mtns. on Lucille ( our red-headed ATV who’s a “ball”). Wish you could join us.

Like a gold miner panning for gold,
I sift through life’s muck and mire
To look for the specks of splendor
That sparkle and dance like fire. 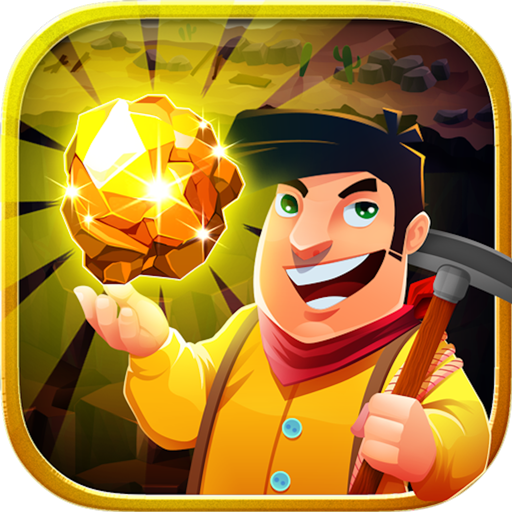 No matter how awful my day was,
At the end, I put on my Jesus glasses
And find the specks that sparkled,
The nuggets in muddy splashes.

.
The most dismal, dark, and cloudy day
Has shimmers of beauty in the trials.
With God’s help, I sift and find them.
Then tuck into bed with gratitude and smiles.

My friend, Sue, shared with me this morning the page below from a Hallmark gift book of collected saying, quotes, short stories, titled Wit & Wisdom of Women.

Today is the day my friend, Carol,
(I wrote about her earlier in  My Friend, Carol)
made her journey over the “Rainbow Bridge”
to her Eternal Home.

When Sue read this page to me, I told her,
“That perfectly describes my friend, Carol.
Her 95 years on this earth were a testimony to kindness,
strength, courage, wisdom and wit,
as well as her impact on others,
and her ability to connect in very profound ways.”

Rest in Peace, dear Carol.
You certainly brought a “special touch
that no other person has.”

You will be missed here on earth,
but your legacy will live on
in each of us who had the privilege of
knowing and loving you.

My prayers and condolences go out to your family.
They were certainly blessed to have you as their mother/grandmother!

See you in Tomorrow Land!

Then They Were Gone

Then They Were Gone

We had a glorious ten days

With our daughter and her husband

Joined by their son, Chris,

And then they were gone…

The house is way too quiet!

The whole ten days they were here

The skies were gray and cloudy;

Sometimes the mountains were hidden.

But now we expect blue skies

And temperatures in the 70s!

As soon as they leave,

We finally get decent weather!

Wouldn’t you love to be able

To control the temperatures

And tell the wind when to blow

And when to be still?

Have a Wonderful Wednesday

Everything Happens for a Reason

A Reason for Everything

I believe everything happens for a reason. Do you?

I believe in coincidence. Do you?

I think coincidences are God’s synchronicity. In fact, it’s not “coincidence” at all… it’s part of a Master Plan.

Let me tell you what happened this week while our grandson, Chris, was here in Ennis visiting us – on a ten day leave from the Anaconda Job Corps.

Chris took the leave because his parents (our daughter, DeAna, and her husband André) are here from their home in Switzerland. Chris (who has dual citizenship, by the way) hasn’t seen his parents in six months, so of course he wanted to have this time with them.

We are at the end of the ten days now. The three of them will leave today. De & Andre’ will drive Chris back to the Job Corps. Then they will be on their way to Los Angeles to fly back home to their place in the Alps.

Two days ago we learned that the USA government is reorganizing their Job Corps program AND in the process, they are closing nine training sites across the USA. The Anaconda Job Corps training site is one of nine sites scheduled to deactivate by the end of 2019.

In fact, one news article indicated Anaconda will be closed by the end of August 2019!

Chris is not scheduled to finish his Heavy Equipment mechanics program  until December or January.

Where is the Coincidence?

What does this have to do with synchronicity?

Well, Anaconda Job Corps opened its doors in 1966, the year DeAna was conceived. For 53 years it has trained thousands of young people between the ages of 16 and 24. This particular year when it is scheduled to close –  is the year DeAna’s youngest son is training there.

I believe it is no coincidence that Chris is here at this time – – – and that he was gone when the shocking news was announced. There is a reason. There are reasons. But, we don’t see them yet.

Two days ago we received this e-mail announcement from a friend:
The Chief posted more information on the Job Corps Centers this morning on “Inside the Forest Service”.   Click on – www.fs.fed.us/inside-fs

Chris has been in Anaconda four months, and has moved rapidly through the ranks to become a leader among the other trainees. His experience there has helped him grow in maturity, self-esteem, and self-confidence. He has gained “alpha” status, and the respect of his fellows.

We are so proud of what he accomplished so far there at Job Corps!

The experience and the training he has received in Anaconda so far will not be lost.

The announcement of potential closure more than likely was made while Chris was away from the site this week (I can’t imagine with it being in the local newspapers and on-line that it was not a major topic of discussion there). I anticipate that he will return today to a lot of friends who are in turmoil.

He is a level-headed, compassionate young man – – – and he can lend a listening ear, and a voice of reason.

There are so many unknowns.

When one door closes, another opens. I have heard that all my life. Have you?

Do you believe it?

Everything happens for a reason.

Photo by Nicholas Githiri on Pexels.com

Memorial Day – a day to remember
Those who gave their lives
That we might enjoy freedom.
How quickly that freedom dies!
Some want our soldiers to believe
They are giving their lives so we
Can live in liberty and can behave
However we choose – we are free!

Free – what do you think it means?
Free to worship as we please  –
Free to squander resources at random –
Free to waste and abuse? Jeez!!

Today more than ever before,
We must exhibit a life of respect.
We must oppose the forces of hate
And show love for all … Otherwise expect
Universal Destruction!

I want to be free to see a world with:

May have to wait for the Promise of Eternity, huh?

JUST LOVE ONE ANOTHER!!!

Have a Love-filled Memorial Day
Be the Missing Peace!!