A Bud of Hope for the New Year

A Bud of Hope for the New Year

I hope you can open the link to read the blog I am posting. It is such a beautiful poem by Dwight at Roth Poetry. .


NanoPoblano2022 invited us to reblog an old post each day during this month of November. I’m having fun going back through some of my first posts… Here is one from 2013 … as pertinent today as it was 9 years ago…

A new day shines before me –
Bright as the morning sun.
It’s stretched out on the horizon –
A happy, “Good Morning, everyone!”

A new day shines before me –
But first I must be still.
Listen for God’s voice within –
And prepare to do God’s Will.

A new day shines before me –
Full of promise, full of needs.
I pray and ask, “What can I do
To be Your Love in thoughts and deeds?”

A new day shines before me –
I hear the Holy Spirit within
Saying, “Go – and see the world as Christ did.
Be Love, Joy, Peace. Ready? Begin!”

Have a Fabulous Friday, my friends.
Thank you for visiting JanBeek.
See ya tomorrow for Reblog #4.


Time for beginnings
Is now – this very morning
Baby animals

Whether antelope
Or platypus or robins
Embrace beginnings

“Without God it is utterly impossible.
But with God everything is possible.”

If you’ve followed my blog for a while, you know I’ve worked diligently for the 10 months with our Pastor Nominating Committee. We investigated more than 50 candidates, looking at their PIFs (Pastor Information Forms), texting, e-mailing, calling, ZOOMing, checking references, etc.

Our pastor of more than 30 years passed away over a year ago … and we have had the privilege of a wonderful interim pastor who stepped out of retirement to help us keep our church alive during this year of COVID-19. Not an easy feat!

We feel (as a Pastor Nominating Committee) that God spoke through the Holy Spirit to the young lady you see above. She is our chosen candidate – and we all love her! She will preach to our congregation this Sunday. The members will have a chance after meeting/hearing her to vote yay or nay on accepting her … and whether to accept the terms of employment that we and the church leaders (the Session) have put together for her.

This is definitely a time of “New Beginnings” for her – and for our church. Would you add your prayers to ours during this crucial weekend? I’d really appreciate it! I know God hears … and we just want His Will to be done!

The excitement is palpable!

Bob (my hubby) has been working long and hard
(as the Elder in charge of Buildings and Grounds)
to get the manse ready inside and out for a new pastor.
He’s there now working on the stairs –
getting the old padding out
so the installers can come Monday
to put in new carpet.


It takes a village to accomplish all we’ve done.
Thank God for the church leaders
and our Nominating Committee
for their arduous work over the past year.

Have you ever served in one of those capacities
– selecting a new pastor –
or being in charge of buildings and grounds?
If so, you can relate
to what we’ve been through
– – – and are facing.

Prayers are really appreciated
for this exciting time in our church life.

See ya tomorrow.
Thanks for visiting JanBeek
– and lending your support!

Embrace New Beginnings, indeed!!
There I was in 1965
with new beginnings
for our son, Ty!!

Add Joy to Your Morning


This is the day
That the Lord has made
I will rejoice
And be glad in it!

The Pinnacle of Life reminds us
That each day is a new beginning
And JOY comes in the morning –
Each morning!

Photo by Brett Sayles on Pexels.com

Endings are our new beginnings

Every day offers both

My granddaughter, Hope,
and her husband, Drew,
are expecting their baby girl any day now.

Knowing this is the week
we will lay my friend, Carol, to rest,
and this is the week our grandson,
Chris, is ending his 6 month stay in the USA,
it is fitting that a new beginning
is imminent.


God bless this new life
about to join us!

Reverse Cinquain summary:
• 5-line stanza inspired by the haiku and tanka
• syllabic count: 2-8-6-4-2
• meter optional
• rhyme optional
• titled, where the title is used as a sixth line
• may be centered or left-justified

Just as sun rises,
Each day is new beginnings.
Rise to occasions.

Allow the endings
In order to make room for
The new beginnings.

Our daughter’s youngest, our 23-year-old grandson, Chris, arrived from Switzerland to stay for awhile with our son in California – and to stay for a month with us here in Montana. Life here is very different for him. In the Montana month, he met our friends, went to church and shopping with us, helped us around the house a lot (like decorating for Christmas and then taking down and putting away all the decorations), received his driver’s license, toured the Job Corp campus in Anaconda, MT, filled out his application, and was accepted into the program. He has USA citizenship and is between the ages of 16 and 24; he wants to learn manual skills and may move on to find a job in a field such as carpentry, welding, or heavy equipment mechanics, and he has a “clean record”, so he qualifies for the program.

He will begin this new experience next week. Chris had to allow for a lot of endings in order to make room for these new beginnings. We are excited for him. We are impressed by his courage, spirit of adventure, and willingness to step out and learn new skills. Only the Good Lord knows what the next year will hold for him, but we know he is in God’s hands, and so we will send him off with great anticipation, faith, and confidence.

Stay tuned!!
I’m sure I will write
more about Chris
as the year progresses.
Maybe his experiences
will encourage
some 16-to-24-year-old
you know and love.

This year, 2014, began with the promise of new beginnings – bright and full of cheer. This is the acrostic I wrote in January:

Just
Another
New Year?
Unmatched
Appreciation and
Respect Daily for
You, O Lord!
Make my
Integrity
Real
And
Contagious.
Lengthen
Every
Second! 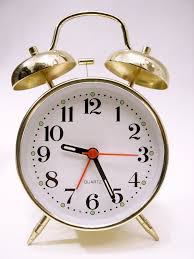 Did you see that the acrostic poem read vertically says “January Miracles”? I was expecting all good things, of course, as I asked God to lengthen the seconds and let the minutes linger.

Then the endings began. First our good friend, David, died of emphysema. Actually, in retrospect, the endings started in 2013. My friend, Mary Lou, fell down the stairs of her home and died in November. Then Marcia slipped on the ice on her sidewalk and broke her hip. That ended our weekly Bible studies up the stairs in my sanctuary. Then our neighbor’s dad, Mik, slipped off a step stool… died two days later. I was reminded of my wonderful cousin, Bobby, who died after falling off a ladder two years ago. In the midst of my reminiscence, two friends from our church went to meet our Maker. This week a childhood friend – someone my age – died after fighting a ten year battle with Alzheimer’s. I had a long talk with his wife. Life is tenuous, my friends. Are you making the most of each day? Every minute?

How steady
is your step stool?
How level
is your ladder?
How alright
are your arteries?
How much does that matter?

A step stool
is not very high.
A ladder
can be deadly.
Your arteries
can wipe you out.
It’s a life-threatening
medley!


Mik slipped
from a step stool.
He landed
on his head.
Just a day
or two later,
our friend, Mik,
was dead.


Bobby fell
off a ladder.
He landed
on his head.
Just a day
or two later,
my cousin,
Bobby, was dead.

Take care of yourself, my friend. You matter. Each day is a new beginning. Each day has its endings, too. Stretch the seconds. Lengthen every minute. Make the time count.

Sunset on the Madison

Today was my last day with my darling Vacation Bible School class. Tomorrow I am headed to Four Corners and Manhattan (Montana) to share some reading/writing with other members of my Writers of Madison County. We are going to bring some inspiration and cheer and thoughtfulness (hopefully) to members of a retirement home there. This morning as I spent quiet time in my sanctuary and contemplated the week of VBS, the messages, the themes, and what we have learned together, I marveled at the receptivity of these young minds. They are beginning their eternity now – seeking to learn – desiring to follow – opening their hearts to one another and to God. I shared with them this poem that I wrote in the peacefulness and reflection of my sanctuary. It is my gift to them. May the message of this week live in their hearts and grow in their faith as they attempt to live as Jesus taught us.  God bless them!

When Jesus walked upon tho earth,
He was the vision of God we see.
He gave God flesh in human form.
He made God live for you and me.

When Jesus asked men to follow,
His magnetism drew them in.
They dropped the lives they were living,
Gave up family, worldly comforts, sin.

They followed Him to far off places;
They listened and they saw His love.
And when He was crucified and buried,
They knew He rose to Heaven above.

They saw a dove descend and land
When the Holy Spirit took Christ’s place.
They knew the joy of following Jesus,
And they spread the Good News everyplace.

We don’t have to leave our homes,
Desert our families, go far away –
We can read the Good News here
By being Christ’s love everyday.

We can study in our Bibles
What jesus taught, how Jesus prayed,
What Jesus did, how he faced trials,
How He took care of all God made.

Then we can go do likewise –
Right where we live, right on our street –
We can love and spread our joy to others,
Show Christ’s compassion to all we meet.

Christ told His twelve disciples,
“I will make you fishers of men,”
When He sent them out to spread His love.
They obeyed. They went. They followed Him.

We need to do as those twelve did.
We need to heed the call of Christ.
By loving, living, doing God’s will,
We’ll receive the gift for which He sacrificed.

Thanks for dropping in, my friends. Come again.
Bee Well!