He Could Have Been Me


As the “Black Lives Matter” protests gain less and less news coverage and the reason for the demonstrations that are still happening become obscured in the face of violence, looting, burning of buildings, and disjointed opinions, let’s revisit the subject!

A chilling thought flashed into Isaiah McKinnon’s mind the first time he watched the Minneapolis video seen around the world of George Floyd’s death.

“George Floyd could have been me,” the former Detroit police chief wrote at the start of a Free Press guest column.

McKinnon joined the Detroit city’s force in the summer of 1965, four years after graduating from Cass Tech High School and entering the Air Force. He served as chief from 1993-98 and was deputy mayor from 2014-16. 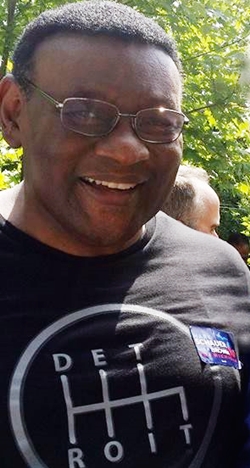 Isaiah ‘Ike’ McKinnon asked: “What were they willing to do to Black civilians?” (Photo: Facebook/2014)

In Isaiah McKinnon’s vivid commentary, the 76-year-old retiree — still a Detroiter — recalled blatant racism when he entered law enforcement five and a half decades ago:

“As a rookie officer, I encountered overt and casual bigotry and routine denigration and brutality. Many white officers refused to ride alongside Black officers. Some made cardboard dividers in patrol cars — designating the ‘white’ section from the ‘colored.’ Others used Lysol to ‘disinfect’ seats where Black officers sat. Some of my white colleagues refused to speak with me during shifts, dared not eat near or with me, and frequently used the ‘N-word’ to describe me and the African American citizens they were sworn to protect.

Two years later, I felt the sting of betrayal as an officer during the 1967 rebellion. One night, after a grueling shift, two white DPD officers pulled me over. I was still in uniform, badge affixed to my chest, and a #2 pin on my collar, indicating that I worked in the 2nd Precinct. I identified myself as a fellow officer, thinking they would see me as an equal. Instead, one pointed his gun at me and said, ‘tonight you’re going to die, N….’ before discharging his weapon. I dove back into my vehicle and miraculously managed to escape. I realized then that not even our shared uniform could save me from their racism. And I wondered if they were willing to shoot and kill a Black police officer, what were they willing to do to Black civilians?

As a supervisor a few years later, I stopped a group of officers from beating three Black teens. I was finally in a position to hold them accountable for their excessive use of force. But my precinct commander yelled at me for attempting to ‘ruin the lives of those good officers.’

I witnessed this kind of complicity repeatedly. When other officers reported abuse, as they should, they were ostracized, transferred to lesser assignments and treated so poorly that many quit.”

McKinnon, known widely as “Ike,” wrapped up his account with a call for “a change at all levels.”

“Now is the time to get to the heart of the matter: There must be a major effort to fundamentally restructure police departments so that they actually do what they promise: serve and protect all people.“

Listen to the Ones Who Know

McKinnon knows what he’s talking about! He is credible. He has lived the scenes of discrimination and experienced the violence first-hand. “Ike” has met six U.S. Presidents and Nelson Mandela, and has appeared on the “Today Show”, “Good Morning America”, “Oprah”, and “The History Channel.” He is a national motivational/inspirational speaker to Fortune 500 companies and schools.

Ike began his five decade career in public service as an officer with the Detroit Police Department in 1965. He held more than ten different positions in the department including patrol operations and various supervisory, administrative, command, and executive roles, before retiring as an Inspector to start his own security firm. In 1993, McKinnon returned to the Detroit Police Department to serve as Chief. Under his five years of leadership, hundreds of police officers were directed to go into city neighborhoods and introduce themselves to residents in an effort to bridge the gap between law enforcement and the community. In addition to shifting the focus of the department to community-driven policing, he advocated for and implemented training programs for officers responding to domestic violence.

What to Do Now

Let’s continue the leadership McKinnon demonstrated during his tenure with the Detroit Police Dept. Let’s make sure we engage across the USA in some of the practices that will help:

No more needless deaths!
No more hatred!
No more discrimination!

Reach out in love
Call Unity into Action.
Just LOVE ONE ANOTHER!!
Be the change you want to see in the world!

Have a Marvelous Monday.
Hugs,
JanBeek