We have a family of jack rabbits who live under our porch. It is such fun to watch the bunnies emerge, tiny and vulnerable, with the most amazing ability to jump great heights and long distances. Our neighbors have jack rabbits who live in their field. Curious about humans and their habitations, the bunnies often hop over to inspect the house. Doggie doors are not a good idea. Not only might jack rabbits find their way in (as did this bunny when we left our double doors open one afternoon in our downstairs bedroom), but skunks, badgers, and coyotes might become unwelcomed house guests as well!

This week my husband received a phone call from Texas. It was our neighbor’s husband. His wife had called him in a panic because a little jack rabbit had jumped into the hole of their downstairs window grate. Try as it may, bouncing like a… well, like a jack rabbit… it could not leap high enough to escape. She watched the frantic creature and recalled an incident a year ago when something similar happened. They were not home to see and help it, so the bunny died. They found it weeks later when they returned. The only reason they discovered the carcass was that the smell drew them to the area!

Determined not to let this bunny meet the same demise, she called her husband. Now, what was he to do from Texas to Montana? Why she didn’t call us – or one of the other neighbors – I have no idea! But, that’s what her husband did. We weren’t home at the time, so he called the next neighbor. At a neighborhood dinner last night, we learned the outcome. Oh, how I wished I had been there to capture the incident on video!

Dashing over to help the damsel in distress with her trapped rabbit, Bob discovered the frantic creature still bouncing as high as it could inside the window box grate. He lifted the grate out of the window well, set it down on the ground in front of him, and as the jumpin’ jack rabbit leaped, he placed his hand under the bunny’s tummy and gave him a boost. Up and over his head she went (with his help, of course) and off she bounded! The neighborhood gathering got s good chuckle out of it as we imagined the story Little Jack must have told his bunny mates when he returned to the hole in the field.

Do you suppose a screen over that window well might be a good idea?

Believe me, we learned to be sure our downstairs door is closed!

I wrote this and it sat in my “draft folder.” I don’t know why. Maybe it wasn’t supposed to be posted in the midst of the turmoil, but as a reminder now – to keep on praying. It’s not over for those caught in the middle of it! It’s only begun for some.

A Bleak Week unfolded.
Depressing and dreary to be sure.
Horrifying, frighteningly hair-raising.
Heart-breaking and sobering,
Defying explanation.
Beyond comprehension.
Bombings in Boston, 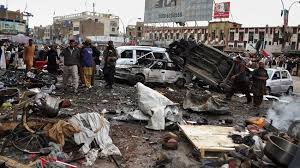 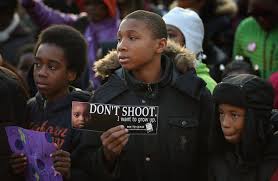 Earthquake in China,
More than a million people affected.

A bleak week indeed
– and the misery continues.
Tragedy upon tragedy.

My heart weeps.
God is crying with us all.
He gave us free will; He didn’t want puppets.
But, oh my, how it must break God’s heart
To see the devastation.
Innocent bystanders mowed down.
Innocent bystanders stepped up.
The air was electric.
The energy, enthusiasm, and love
Were palpable as desperate victims
Gratefully accepted whatever help
Good Samaritans could offer.
Life-saving operations,
Belts and shirts torn off – used as tourniquets,
Bravery only God knows.

Continue to pray.
There is so much hurting out there!

Life and Death, Love, Serving One Another